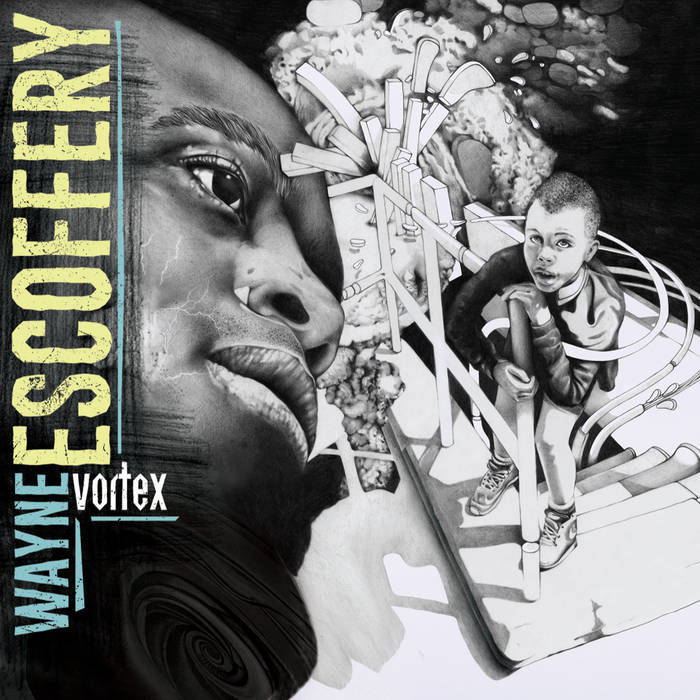 Rob O. Wayne has that thing, the "it" factor. Like Coltrane, like Michael Brecker, this music excites! This album is full of life and emotion and anyone not feeling lifted after listening to this needs to get a physical. I played this in the car with seasoned musicians who hold the bar very high and they were impressed. My wife's bass player is now a fan! Favorite track: Vortex.

Wayne Escoffery reaching his 40th birthday marked a period of big changes for the award-winning saxophonist both artistically and in his personal life. Escoffery had reached a crossroads. He had spent a happy and successful decade in the band of trumpeter/composer Tom Harrell but felt that it was time for him to step out more as a leader. At the end of 2016, Escoffery assembled a tremendous quartet of jazz’s most elite musicians that would record a live album, headline New York’s legendary Village Vanguard, and tour steadily for the next year.

The current political and cultural landscape of the United States has caused many to take pause and Escoffery has had a lifetime to learn and deal with growing up black and as an immigrant (English born of Jamaican descent). But it was the recent US election and its effects on his young son that had a profound impact on him. Escoffery’s evocative new recording, Vortex, is about the current dizzying maelstrom of racism, bigotry and hate in the U.S. and the saxophonist’s renewed commitment to his responsibilities and artistic goals.

As a youth in the southern United States, and as a young adult in Connecticut, Escoffery experienced first hand the entire prismatic spectrum of racism. From being too black to not being black enough, he had to be strong and determined to push past the negativity to succeed in the fields he pursued, namely being a professional musician and educator, most recently being appointed “Lecturer in Jazz Improvisation” at the prestigious Yale School of Music.

The 2016 Presidential election left Escoffery perplexed and despondent, as it did a large portion of the nation, but it was the response of his young son that he found most distressing. Escoffery’s eight year-old son was born into a period of hope, dignity and pride through the Obama presidency. It was the aftermath of the Freddie Gray shooting and the upheaval of racism and hate after the election that had his son frightened as though the end of the world was approaching. Escoffery knew his role as a father would become increasingly crucial in educating a boy in how to become a young man in the turbulent US racial environment.

On his new recording, Escoffery presents this great quartet on a number of original pieces, a standard and an original piece by the ensemble’s brilliant drummer, Ralph Peterson, who Escoffery has worked alongside since Escoffery’s arrival in New York in 2000. The rest of the band is equally pedigreed. Pianist David Kikoski has been a regular collaborator in the Mingus Big Band and with Eddie Henderson, and bassist Ugonna Okegwo has been driving the rhythm section of Tom Harrell’s ensemble for the entirety of Escoffery’s tenure. Escoffery’s quartet is augmented by the percussion of Jaquelene Acevedo on a number of pieces.

The recording begins with the leader’s “Vortex,” an intense composition characterizing the environmental pull of racism and hate that he guides his son away from. The plaintive “Judgement” is an improvised introduction to Peterson’s “Acceptance,” a challenging piece written in 15/4 that really highlights the ensemble’s interconnectivity and drive, its title stemming from “The Serenity Prayer” written by the American theologian Reinhold Niebuhr:

Tom Harrell’s penchant for constant writing amazes Escoffery who regularly falls in love with the trumpeter’s compositions. Escoffery rehearsed and played Harrell’s “February” with him only once before the piece was shelved. The saxophonist revives the tune named for his birth month here. Escoffery’s “The Devil’s Den” is an ominous and darkly atmospheric piece evocative of Donald Trump, his entourage and the world they seem intent to create, powered here by the fantastic young drummer, Kush Abadey.

The wistful “Tears for Carolyn” echoes a mood of both melancholy and perseverance after the unfortunate end of a long relationship. Escoffery learned the Noel and Joe Sherman standard “To The Ends of the Earth” from pianist Monty Alexander. He fell in love with the piece and re-imagined the Nat King Cole favorite in an arrangement reminiscent of the John Coltrane Quartet. Escoffery’s “In His Eyes” is about taking in the world as a child would, specifically the way his son has interpreted the events of the past year, with dramatic turns by guests: trumpeter Jeremy Pelt and drummer Abadey. The recording concludes with the saxophonist’s “Baku,” an uptempo piece that reflects a hectic 48-hour period where he had to switch from one gig to another, which required him to visit the Azarbaijani Embassy and get to Baku for a performance with pianist/composer Amina Figarova.

On his moving new Vortex, Wayne Escoffery uses his music to come to terms with what he confronted as a man of color growing up in the US, how to help his son navigate through the current environment of bigotry and hate, and how to harness his emotions to generate positive momentum in his life and career.

Bandcamp Daily  your guide to the world of Bandcamp